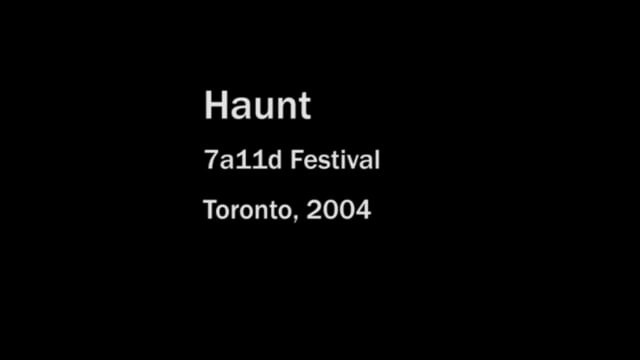 Haunt was commissioned by the 7a11d Festival in Toronto in 2004. It was a durational process initially of walking and marking sites in the City mentioned in Michael Ondaatje's In the Skin of a Lion, which then concluded with a performance / seminar in Xspace. The documentation here is edited down from a long work of rendering books into ash, placing remnants into balloons which are given to audience members who participate in the collective performance.