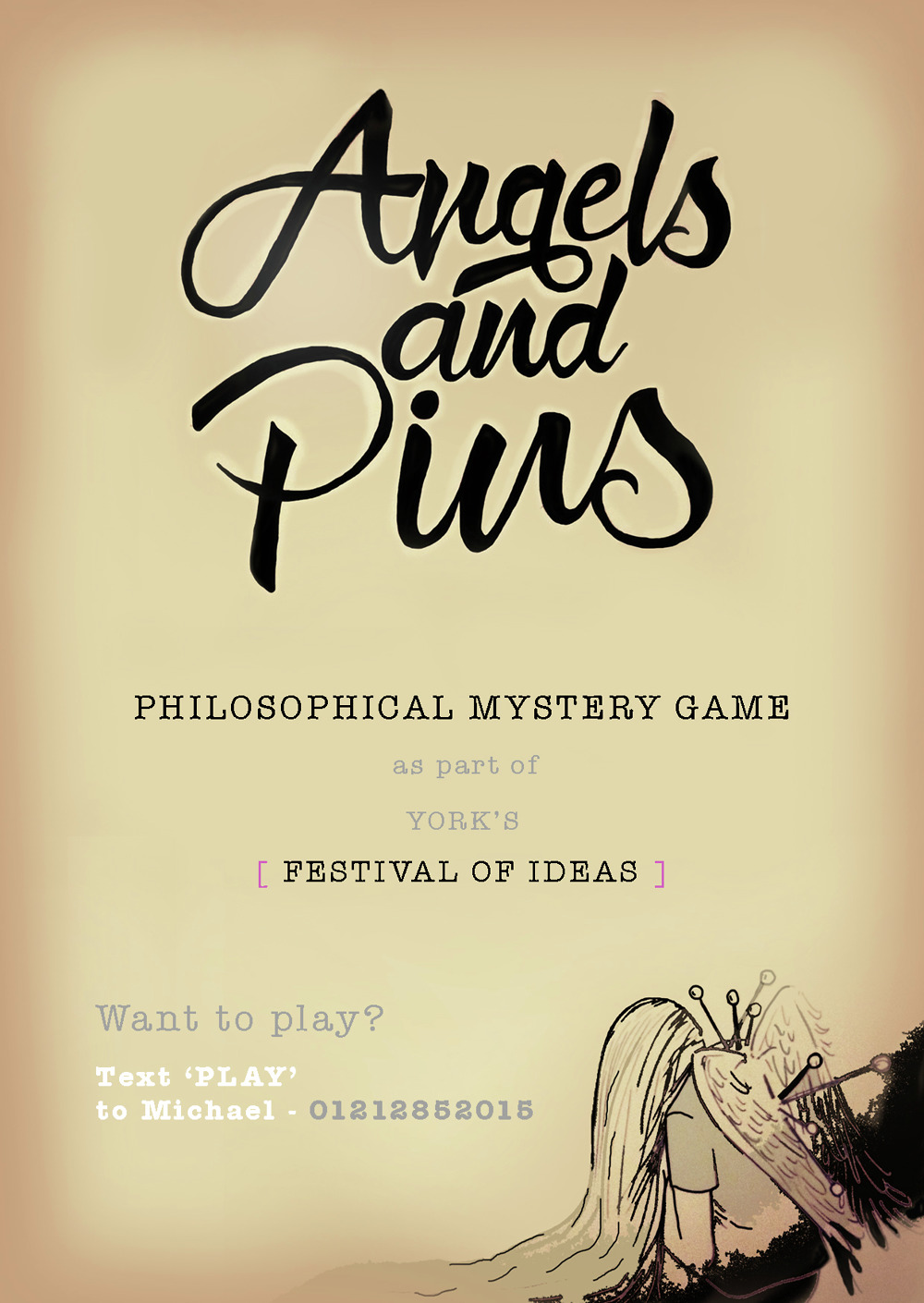 Angels and Pins was a urban game / performance played out on users phones using SMS, Twitter and Voice messages as part of York Festival of Ideas 2014.

The project engages participants in a philosophical mystery story which takes the participant on a derive through the City of York stimulating vision and questioning the topographical, narrative and social structures of urban life.